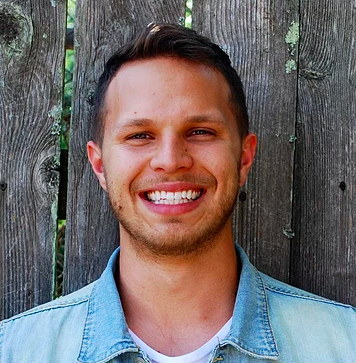 It was Zach's involvement at church, however, that ignited more than an excitement about music itself, and instead a passion for the way music could be used to change people's lives.

After Zach had been playing drums in the student worship band throughout middle school, there came a year when the rest of the band was graduating high school. At this point, his youth pastor encouraged him to start singing and to lead the band.

Because he had sung in a few bands and learned a few chords from his older sister, he felt comfortable enough to do this. However, he wasn't very excited about this decision. He didn't realize that dragging his feet to practice would lead to a passion that he would pursue for the rest of his life.

From 2010-2013, Zach spent time touring the U.S., leading worship with the band Seventy-One at Liberty University. During this time, he led worship for 125 different churches and venues, and visited 14 different states. In August 2013, Zach was the grand prize winner of 104.7 the Fish Atlanta’s Compassion International Opening Act Contest, receiving the opportunity to open for Switchfoot and Third Day at Celebrate Freedom and for Phillips, Craig and Dean at 104.7 the Fish’s Birthday Bash.

Zach and his wife Katie attend Passion City Church, where he serves on the worship team and choir leadership team. Zach also continues to travel and lead worship for different occasions.

Zach sets himself apart by not only having a heart for worship, but he also feels called to invest in the younger generation, passing along to them skills, wisdom, and a strong sense of identity, encouraging them to express themselves in the unique way that only they can.

Our next class will begin soon. Enter your name and email and we will let you know when registration opens.